What Exactly Are Shitcoins And Should You Buy Them

Defining What is Shitcoin, it's derived from the English word ‘Shit’, which somewhat does reflect the real essence and underlying nature of shitcoins. But to be exact, Shitcoins are a type of cryptocurrency that has no real exchange value until someone is seriously interested in them (for example, collectors or investors). Shitcoins can be a coin for a project that has not yet been launched, or does not have its own blockchain, development plan and capitalization.

Shitcoins are characterized by a very low cost. So much so that for $ 20-100 you can buy a bulk of the entire issue. At the same time, it is never possible to predict how the shitcoin price will change in the future. Even in the absence of the project underlying the coin, in the event of a sudden surge in investor interest, the price can skyrocket. Whatever the reason for this interest (for example, Elon Musk's tweets), any shitcoin can at any time shoot tens, or even hundreds of thousands of times.

Is Shiba Inu a Shitcoin? It is infact a classic example - a successful shitcoin that initially was created as a joke to challenge and mock Billionaire Elon Musk backed Dogecoin (another shitcoin). Dubbed as the ‘Dogecoin Killer’ Shiba Inu has since become quite successful since launch exceeding Market Capitalization of 13 Billion USD.

What drives the Shitcoin price?

Quite similar to the rest of the cryptocurrency market , shitcoin price is driven by Investor emotions, but only stronger. Say , for instance , it was a consistent battery of tweets by Elon Musk that drove Dogecoin to fame, inspiring his huge following to invest in it. In contrast, counting on an audience which despises Elon Musk’s rather cavalier and reckless behavior to manipulate crypto through his tweeting, Shiba Inu rose to its present heights. On both sides , there exists an army of believers, driven by either an unconditional endorsement of a celebrity (Elon Musk) or blind hatred towards them. There’s isn’t necessarily a roadmap, technology or future prospects that the investors of either shitcoin are thinking about. It's just pure emotion and herd mentality of just following the mob that drives the shitcoin price.

Who Buys Shitcoins and Why? 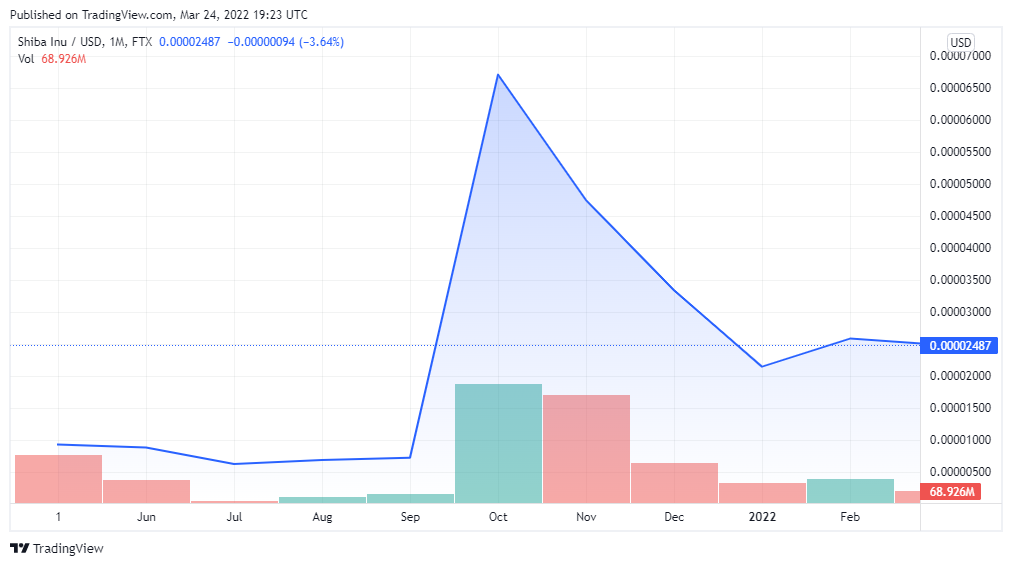 But The Returns Are Astronomical

Conventional stocks can bring in a few tens of percent in a few years – with the same buy-sell on margin strategy, shitcoins can make a profit of several thousand percent in a few months or even weeks. Also called the Penny Stock Strategy (borrowed term from the Traditional Stock Exchange Markets)

Making of a Shitcoin Portfolio

The money magic logic here is quite simple - purchase as many cheaper shitcoins you can, which will expand their range in your cryptocurrency portfolio. This improves your chances of getting a good profit, as there will be more opportunities to "run into" a very promising shitcoin. In any case, you shouldn’t put in more than 20% funds of the total portfolio on shitcoins

Look Out For These GreenFlag Shitcoins

How to Buy Shitcoins?

Start with the cryptocurrency exchanges and trading platforms you prefer or trust. But not all of them include Shitcoins. Most popular among trading platforms Binance - features only the most selected Shitcoins (listed as altcoins) with a good development team and future prospects. So, even the unknowns you find listed here, you can trust to a certain degree. You can also explore other sites such as Yobit but at any rate do consider the RedFlags and GreenFlags listed above to factor in your decisions before considering an investment.

Riding on the sentiment of hype around ICOs, some shitcoins collected millions of dollars. People who invested in them either hoped for similar crazy profits or simply did not understand anything either in cryptocurrencies or in investing. The act of buying up completely useless and non-functional tokens looks careless. But people still invest in shitcoins in the hope of increasing their capital very quickly. Also, since the amount of investment (shitcoin price) is significantly lower when compared to buying in real coins, Shitcoins appear less risky, low entry bets but with extremely lucrative returns.