Why is it mostly men who are under 30, trading bitcoin?

Earlier, this year the price of bitcoin climbed higher and higher, getting unprecedented attention from retail investors. A lot has been reported already how institutional investors such as the likes of Tesla and Paypal propelled bitcoin BTCUSD, to spectacular highs, with the crypto asset gaining as much as 400% from the beginning of 2020 to its peak in early January 2021. But what makes up in terms of demographics of this crowd hooked on to crypto markets? 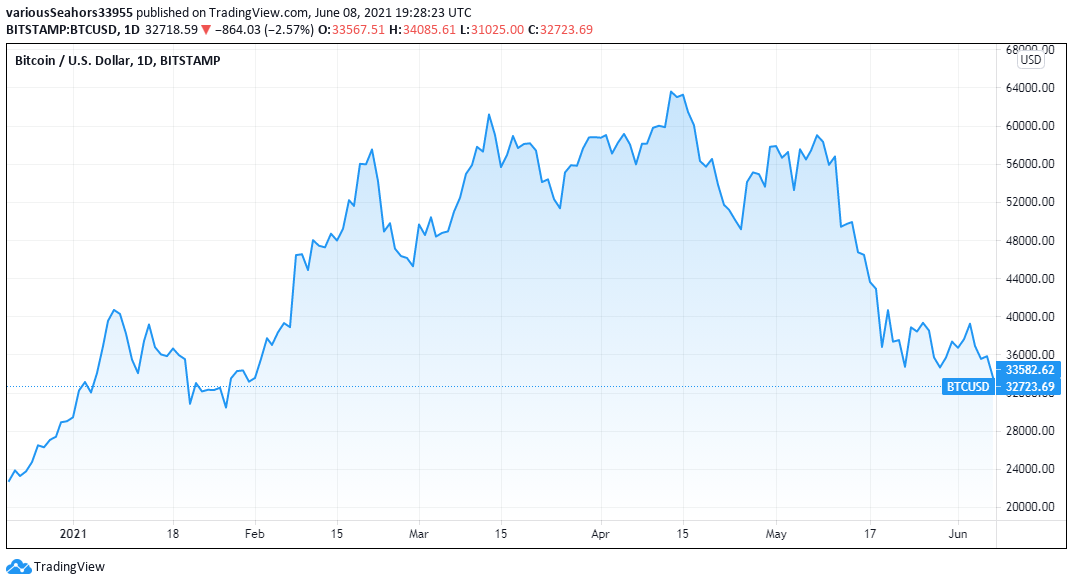 According to a bitcoin-focused trading app, Mode (https://modeapp.com) with tens of thousands of users, women and older investors are largely staying out of the crypto craze, leaving mainly young men to be the driving force behind crypto rallies and lows.

Mode (https://modeapp.com) allows users to buy and trade bitcoin as well as hold the crypto asset in an interest-generating account.

The overwhelming majority of people using the app to trade in bitcoin are men, making up 79% of users to just 21% women. Compared with the most recent data from the U.K.’s Office for National Statistics, or ONS, this makes the gender divide among bitcoin holders even wider than with other investments.

This data is consistent with investing demographics in the wider population, but Mode’s demographics for bitcoin investor’s conflict with it.

So is it Overconfidence?

This is linked to gender, as suggested by a piece of behavioral finance research from 2001 titled —“Boys Will Be Boys: Gender, Overconfidence, and Common Stock Investment,” written by University of California professors Brad M. Barber and Terrance Odean.

Barber and Odean found that men trade stocks 45% more frequently than women, which is a symptom of overconfidence because overconfident investors trade excessively.

In 2001, these findings manifested in lower investment returns for men due to brokerage trading fees. In 2021, it may be extended to men getting involved in dangerously speculative rallies.

If we see from that research study that men are, on average, more inclined to be overconfident, that overconfidence could be helping to drive the heavier representation of men in these much more speculative markets. It really takes a bit of a hope and a prayer to believe that these assets are going to be long-term, reliable investment performers.”

Mode’s user base also reveals a stark age divide among bitcoin investors. People aged 30 years old and younger represent 64% of the app’s users, with 86% of Mode’s clients falling under the age of 41.

This makes young people grossly overrepresented in bitcoin trading. According to the available data, 563,000 people aged 44 years old and younger held stocks and shares, which was just 24% of all investors.

Pin it on Experience

This new generation of investors maybe hasn’t experienced the financial crisis of 2007 and 2008. They also haven’t experienced the internet boom of the late ’90s, and the subsequent crash of 2000. Whereas the older generations of investors — they have been bitten before, and they are a little bit less inclined to jump into the latest market frenzy, a little bit more cautious in general, and more inclined to understand the merits of a diversified investment portfolio and avoiding trying to market-time.

But even as the price kept sinking, more retail investors were buying than selling. There was only one day through that 10-day period when more people sold bitcoin than bought it — Jan. 11, when the price was lowest.

This supports the assumption that most of its users are in it for the long term. 80% of bitcoin on the Mode app is held in the “Bitcoin Jar” — a crypto savings vehicle the app offers to users, promising to generate a 5% yearly yield. You have been managing your Crypto port…

When you own extremely volatile assets like Bitcoin, you are bound to feel the highs and …