People across Russia and Ukraine have been moving their hard-earned money into crypto, mostly bitcoin and some stable coins. Note, the dramatic rise of bitcoin from the eve of the invasion. 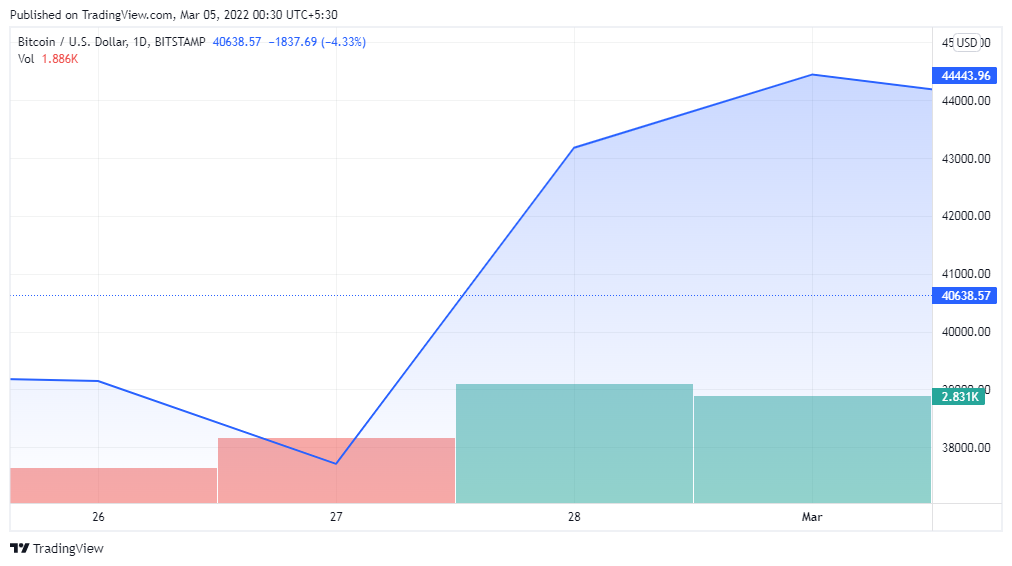 It takes a lot of investment to move bitcoin like that. The sentiment behind this move is of course that these people are looking up to cryptocurrency as a war-proof store of wealth. You might argue, there’s been gold and diamonds around to fulfill those roles, historically speaking. But it’s hard to access those in a warzone and even harder to keep them safe, not just from criminals but also invading forces or even your own government.

The central idea behind cryptocurrency and Bitcoin in general is that it’s an open network, non-political and under no central authority or operating bias. So, no matter what happens on a political level, or there’s a war or even a natural disaster, your wealth remains untouched and in your control. It cannot be looted or stolen.

Cryptocurrency builds a culture that celebrates permission free transfer of funds across borders. So, you can send money home, make donations anonymously, buy and sell without a worry of political bans and censorship. But of course, this assumes entrusting the ordinary crypto user that he/she will exercise due diligence and good judgment. No matter, how profitable, by not entering into business dealings with shady entities that are illegal, promote war, drugs, terrorism, slavery, illicit activities or anything unethical. But that’s a separate debate and most people holding already or just buying in crypto, are just ordinary folks trying to keep their hard-earned savings from going up in war smoke.

Independence, better status and more say in their personal and professional sphere.