Facebook has been rebranded as ‘Meta’ shifting focus from being a social media giant and to building a “facebook metaverse”. Facebook/Meta is also putting aside $50 million into a metaverse technology fund and recently announced it is seeking 10,000 employees in Europe to build the facebook metaverse. So, what is the metaverse?

The term Metaverse comes from Neal Stephenson's 1992 book 'Snow Crash', in which a pizza delivery boy escapes the monotony of his daily life in his spare time by logging into the Metaverse: a simulated world where the residents can live as an avatar, in an always-on shared reality.

Just to be clear, the Metaverse Technology is still a concept, an idea, a vision of the future. Much of what is said and written about it is science fiction. While the actual Metaverse could materialize in another ten years, its technical and cultural base is being built right now.

The Metaverse is an online network of virtual three-dimensional worlds that is permanent, is never paused, switched off, reboots or shuts down ever. The user or visitor of the Metaverse gets a sense of being part of and present in (whether or not represented by an avatar). It's a new avatar of the internet, just like social media was before the regular internet.

In the supposed world of the Facebook Metaverse people can meet, get to know each other, network, learn new skills, build relationships, provide products and services, collaborate, relax, play games, buy and sell. The Facebook Metaverse also offers the possibility to build, create and participate in a virtual economy through cryptocurrency based metaverse tokens and NFTs.

In any metaverse (including the facebook metaverse), users typically own a digital identity that can be dressed up in different avatars. These virtual avatars are akin to different ways we project ourselves differently on LinkedIn and Instagram.

In the metaverse technology, individuals and companies will be able to create, manufacture and deliver an incredibly wide variety of products and services. All participating companies and individuals will be part of a giant virtual economy, as consumers or producers, based on cryptocurrencies, traditional currencies, NFT and other metaverse token coins that represent value. For example, a metaverse token can also be a membership card to a certain metaverse website. Just like in the regular economy, users will own, buy, sell and also be able to invest in theirs or someone else's digital property.

The Metaverse Technology of the future, has to have flawless interoperability. This means that the various participating users, businesses and organizations can seamlessly login and participate in all its worlds (any metaverse website) with their digital identity and wealth (metaverse token coins), so that cooperation, communication and the exchange of information is possible.

The future metaverse technology renders it persistent in the sense that there will never be a pause, reset, or end. If you change something in the metaverse as an avatar, it is permanent and can be seen by others (if you allow it).

Minimal access to a metaverse website can be via smartphone, desktop or laptop. But a more immersive experience becomes possible with special equipment such as Virtual Reality glasses or Augmented Reality glasses. The metaverse technology makes what you experience feel real by syncing it with sensors and data from our physical world. Through augmented reality, the metaverse becomes a layer over the physical world with which you can interact with others.

How will the metaverse be created?

The first metaverse website / platforms will be created by game studios, large technology companies and hard core programmers. But later on these worlds will be created by the users. They will create their own content, digital stuff, digital media and trade them using cryptocurrencies, NFTs or other metaverse tokens. An expanded economy will unfold around metaverse technology. There will be large groups of people who will earn money by providing creative input for the metaverse. They will get paid in Bitcoin, Ether, Doge or other metaverse token coins.

Thus, increasingly the users of the Metaverse will increasingly shape and co-create this universe and its worlds themselves. In order to build quickly and to shape this infinite Metaverse will require use of AI (artificial intelligence) software. It will create images, music, characters and entertainment. These can produce an infinite amount of synthetic media for us in the Metaverse. Landscapes, cars, buildings, decoration of houses etc.

However, metaverse technology is in an early stage. In order for it to mature and function efficiently, countless new technologies, protocols, companies, innovations and discoveries are still needed. Despite tech companies wanting us to believe the metaverse is just around the corner; that is simply not true! Several more breakthroughs are needed until the metaverse becomes a reality. Meta (Facebook) investing in metaverse technology; will surely speed up the creation and adoption of the metaverse. But make no mistake, it's still a long way to a functioning metaverse. Regardless, who develops it, for an open, fair and transparent metaverse, we’ll have to develop and use open source software and open standards.

Why is Metaverse worth investing in?

People have spent more time online than ever for a year and a half during the recent COVID pandemic. Gaming platforms have grown manifold in their user base and revenue during this time. Our lives have largely been 'digitized' via zoom meetings, working from home on laptop, smartphone or VR glasses. We have become accustomed to spending time online in the 'virtual world'. Therefore, the concept of the metaverse is aligned mirroring the mindset of people more accustomed to virtual consultations, virtual entertainment and virtual social gathering.

iants in the tech sector, including Facebook and Microsoft have openly stated that they are working on the future Metaverse technology. Facebook, especially, made a big presentation at the end of October 2021 to set out their vision of becoming the 'metaverse company'. The largest social media company in the world even changed its name to Meta. Needless to point out, the whole ecosystem benefits from that. Epic games and ROBLOX too have stated that they are working on the development of the Metaverse technology. These candid statements by the world's largest companies in this field have sparked the interest of stakeholders and consumers.

An NFT is a Non-Fungible Token, an incorruptible certificate of ownership. You can create this certificate digitally and link it to a digital object (such as an image) and also link it to a blockchain. This allows you to prove that the digital object is your property. NFT technology can create value in the digital world and thus generate economic activity. In the first half of 2021, several digital NFT objects were bought and sold for large amounts.
So, people are becoming more and more accustomed to the fact that digital objects can represent value. (These digital objects will be available in the metaverse in the future). That is an important step in the creation of a profitable economics of the metaverse technology.

Decentraland is a 3D virtual reality metaverse website / platform where you are present as an avatar. You can own a piece of land and build buildings in Decentraland. Users can get their hands-on parts of this virtual world, through the Ethereum blockchain.

There are several districts to which you can teleport yourself. The price of a piece of land varies a lot, resembling the physical world. That price difference has to do with location. There are different districts with different themes. You'll find the most imaginative environments, such as a space abode, a medieval maze and entire villages designed by the community itself.

The American company Boson has bought $700,000 worth of land in Decentraland to build a shopping center there. There is also a casino. Real people there (as their avatar) to show newcomers the way. Auction house Sotheby's also has a digital branch there.

Decentraland has a virtual economy where users can engage in a wide variety of economic transactions. They can earn money with the applications they build themselves. Its metaverse token cryptocurrency is MANA, which you can also buy in a crypto exchange. You can also make stuff with tools from the game. 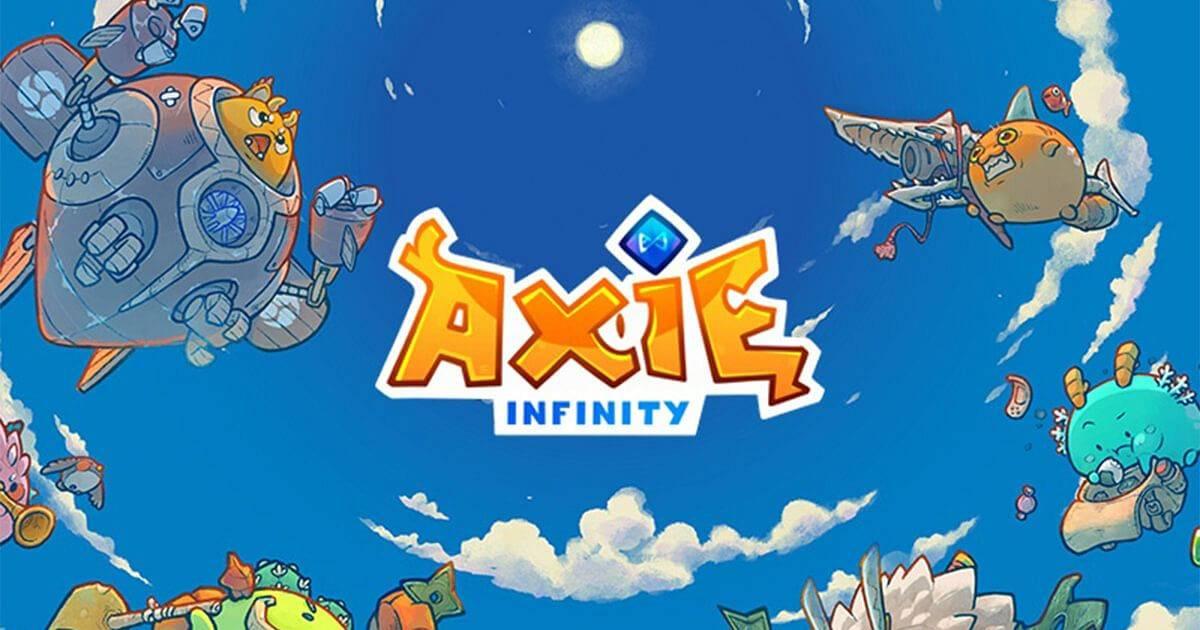 Axie Infinity is a monster fighting metaverse game where players can battle teams of monsters called Axies against each other. In-game items are represented by NFTs (non-fungible tokens). These cryptographically unique tokens can be linked to digital content. In the case of Axie Infinity, these are monsters and items. Unlike traditional in-game items, an NFT gives the buyer complete ownership. Players can exchange the Axies they have purchased for real money on the game's marketplace. In addition, players can breed Axies, which allows them to build potentially more powerful teams and get additional NFTs for sale in the marketplace. Some Axie-NFTs were at this time, selling for up to 300 ETH per piece, at more than 500,000 euros. 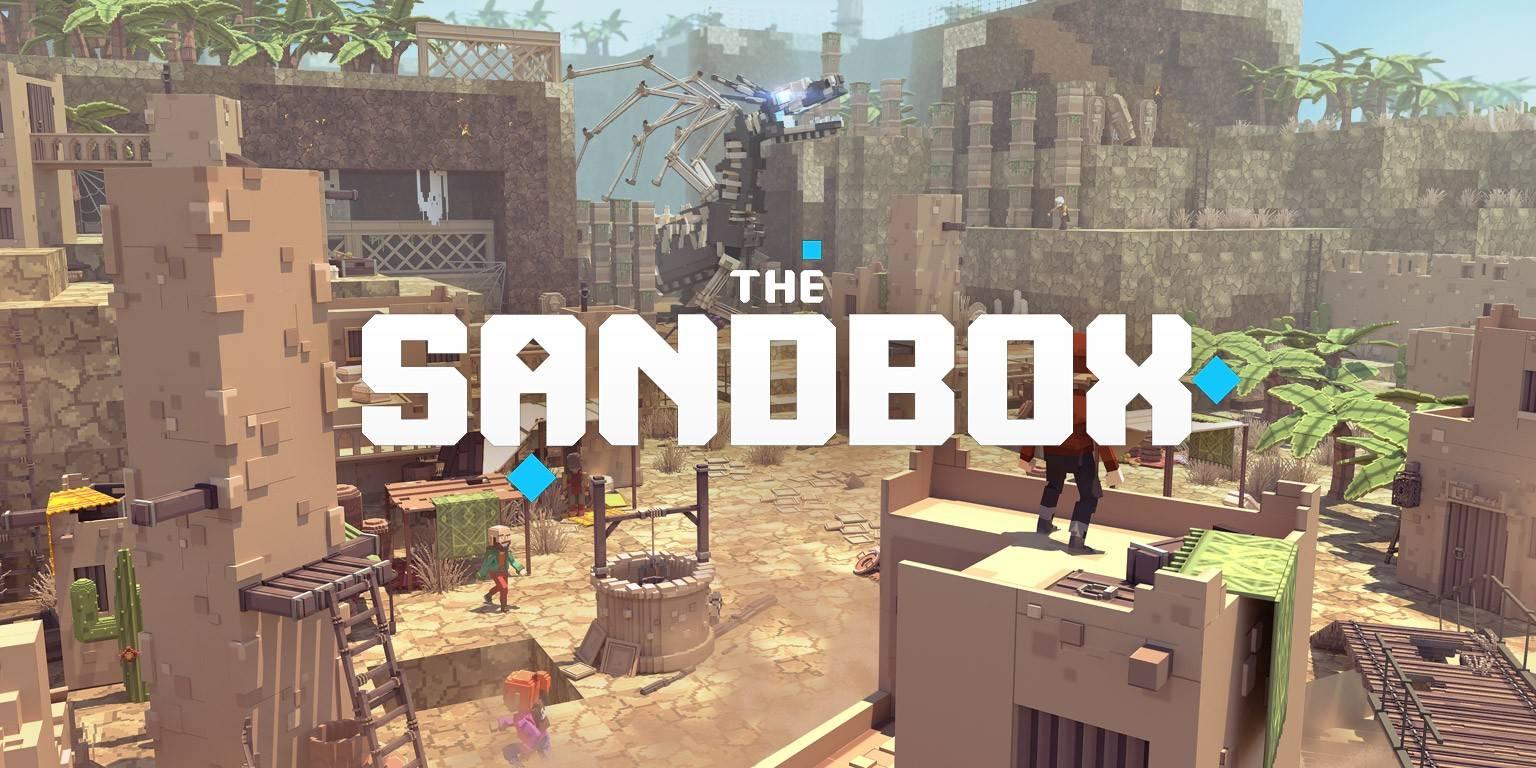 In addition to the NFT-type metaverse token (LAND), The Sandbox has two other native tokens that regulate the operations in its metaverse:

The sandbox software uses the Ethereum blockchain to track ownership of the digital LAND and NFT ASSETS in its application. Users engage with its ecosystem by using Ethereum wallets that contain their SAND tokens.

The Enjin Project , a blockchain platform specializing in the creation and trading of NFTs (with the Enjin Coin as the platform's native payment medium). Their key creation set to power metaverse token economy is the Enjin Wallet. Enjin Wallet is a mobile wallet for iOS and Android. However, the Enjin wallet has become popular far beyond the use of NFTs because it is one of the few mobile wallets that supports almost all leading tokens and coins. With the Enjin Wallet, users can not only conveniently buy, send, receive and trade the most important leading cryptocurrencies in their mobile wallet; you can store tokens of the latest token standards.

What does the future of the Metaverse look like? There are currently more questions than answers. And to clear up another misunderstanding: the existing current internet will not disappear with the arrival of the Metaverse. For some applications you use the traditional internet, while for others you log in to the Metaverse. Just as you would rather do some activities on your smartphone than on your laptop or vice versa, in the future you would rather do some activities on the two-dimensional flat internet than in the three-dimensional Metaverse. Of course, we’ll also develop many of our current activities in the Metaverse. But there are also new possibilities: for example, attending a sports tournament in a Virtual Reality arena. Being able to shop in a virtual mall for both digital and real clothes. Being able to skydive from the top of the tallest buildings in the world.