Coinbase's QR code ad during Sunday's LVI Super Bowl between Los Angeles Rams and Cincinnati Bengals turned out to be probably least creative, yet most popular. In fact, the response it got as new signups to Coinbase caused the application to crash.

Coinbase, the largest bitcoin exchange in the U.S. unveiled a new promotional ad during-game commercials that was far from even unconventional to any other broadcast advertising that day.

Coinbase took a simple approach instead of roping in celebrities or expensive shoots often associated with Promoting the Super Bowl. Its 60-second commercial consisted almost entirely of a bright QR code that jumped from corner to corner of the TV screen, similar to how the DVD Video logo appears when a movie is paused for an extended period of time (very 90’s). The one-minute commercial had nothing else, not even people and surprisingly, not even a product name. Watch it here (from twitter). 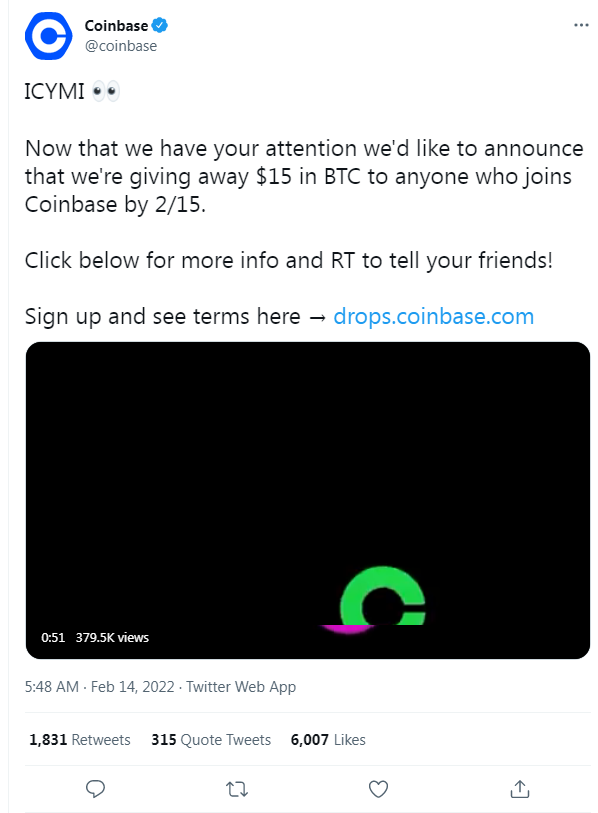 Now, guess how much Coinbase paid to grab viewers' attention with its bouncing QR code? Roughly, $13 million.But was it worth it? Absolutely!

Coinbase announced on social media that users participating in Sunday's Super Bowl would receive $15 worth of free bitcoins, as well as a $3 million free giveaway. The limited time offer was set to end on February 15.

Now that we've caught your attention, we'd like to announce that we're giving away $15 in BTC to anyone who joins Coinbase before 2/15.

Click below for more information and don't forget to tell your friends!

Register and read the terms and conditions here → https://t.co/fKHisXZJJc pic.twitter.com/SDWUup2Ql5

This prompted people across the country to pull out their phones and scan the code during the Super Bowl, who were in turn directed to the Coinbase app for signup .

Next thing! Coinbase came crashing down with signups!

According to Surojit Chatterjee, Coinbase's chief product officer, the company received "more traffic than we've ever seen" after Coinbase's QR code ad, which required a "short-term stop in traffic." 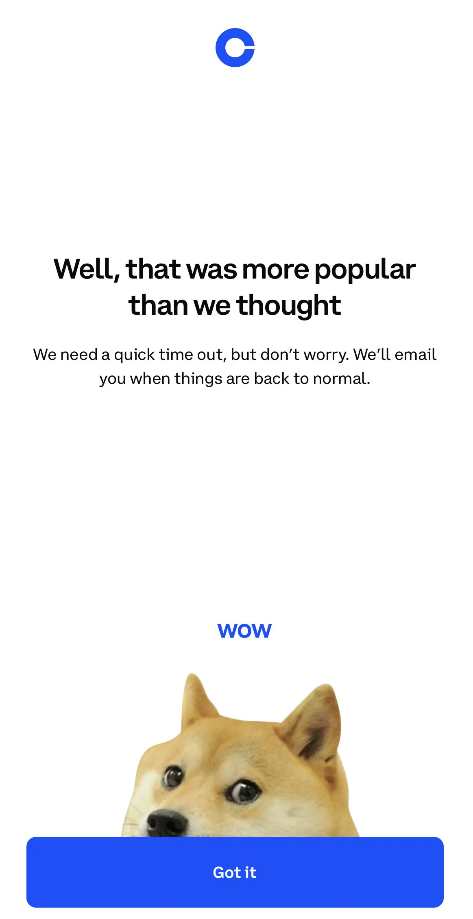 Other companies too, e.g. Meta, took a cue from Coinbase's Ad playbook. Shortly after Coinbase's Ad debut, Meta Quest's account tweeted its own QR code that was linked to a Foo Fighters-led VR party the company had planned after the game.