Shorts got liquidated by 387$M after Elon Musk added "Bitcoin" to his Twitter bio and prices rose by over +15%. Losses in millions suffered after the Tesla CEO changed his Twitter bio to “Bitcoin”, this lead the price of bitcoin to spike to a 10-day high of $38,020 and sparked $387 million worth of short liquidations on major exchanges including Binance, Bitfinex, BitMEX, ByBit, Deribit, FTX, HuobiDM and OKEx. 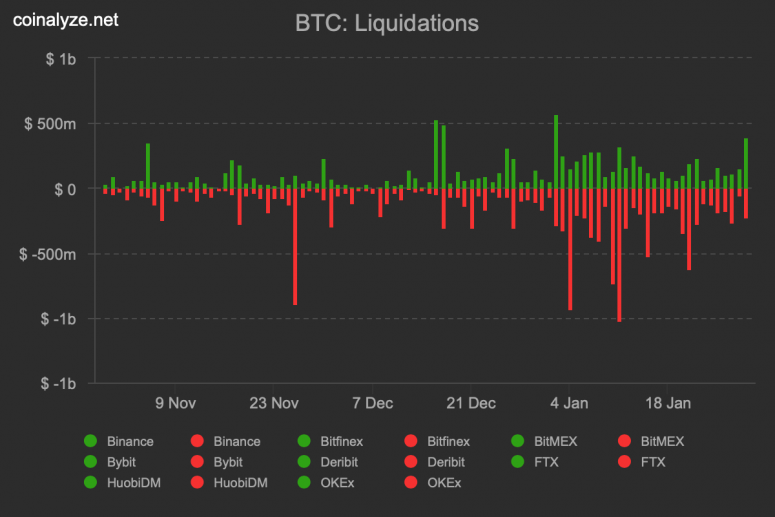 Forced closure of short positions happens when the price moves above a predetermined threshold, signaling the liquidation engine to “square off,” or close, the positions. A massive short squeeze like this often puts upward pressure on prices, leading to a bullish move.


However, sentiment turned bullish after Musk changed his Twitter bio and tweeted: “In retrospect, it was inevitable.” The Tesla and SpaceX CEO, who has made no secret of his loathing for short-sellers, may not have intended to have caused the liquidations, but may have popped the cork on a bottle of champagne after viewing the carnage his bio change wrought.

Google searches for “bitcoin,” a barometer of widespread interest, surged following Musk’s cryptic endorsement of bitcoin. It remains to be seen if increased interest translates into more buying and stronger price gains.

“I assume the U.S. session will try to follow in lock-step of digesting the news,” Vishal Shah, an options trader and founder of derivatives exchange Alpha5, told CoinDesk. “Typically speaking, such things would be met with more muted responses. But given the backdrop, I think it could be ripe for a follow-through.” 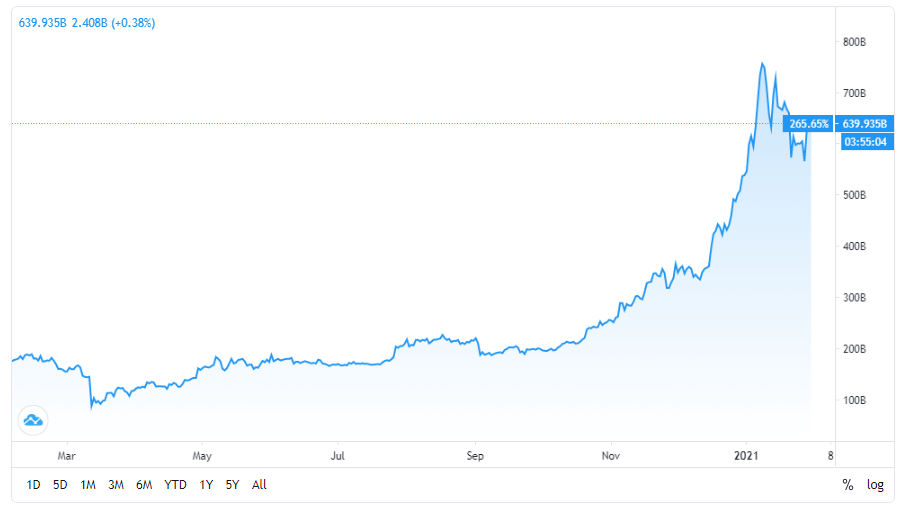 So bitcoin is looking north, having pierced a two-week bearish trendline on the daily chart. Resistance is seen at $40,112 (Jan. 14 high), followed by the psychological level of $42,000. Regardless of the fact that happened and the current price of BTC, market analysts are assuming BTC to reach $50k by March 2021.