Tesla CEO, Elon Musk, continuing his meme obsession posted a cryptocurrency meme featuring the legendary investor Warren Buffett and a fake quote on crypto. No sooner it was posted, he removed it from his Twitter profile. But apparently not before the tweet was shared over 7,000 times before Musk deleted it.

“Find as many coins as you can. And fast!” --- (Fake Quote widely attributed to Warren Buffet)

There was another meme linked to Buffett posted in the comment thread. Musk replied to that, pointing to a California restaurant chain and mentioning “buffett” in his tweet. 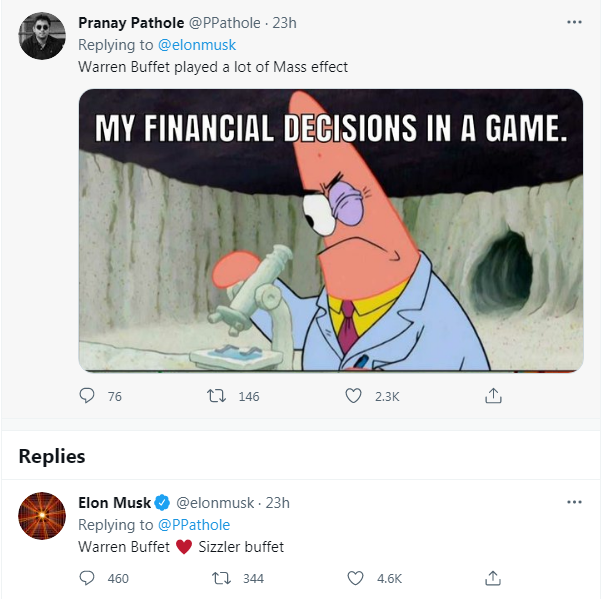 Warren Buffett is a Bitcoin critic with a stated position of BTC to be a bubble, a gamble rather than an investment. A few years ago, he went as far as labelling bitcoin as “rat poison squared”. Quite recently however, Buffett’s Berkshire Hathaway invested half a billion USD in Brazilian digital bank Nubank. Nubank had recently acquired Easynvest brokerage company and together they plan to start offering Bitcoin ETF to their customers.