Bitcoin Marches to 40K - but will it stabilize here or go higher?

Elon Musk, once again, caused the bitcoin price to fluctuate following another tweet about that Tesla could resume accepting Bitcoin. Following the breakout, bitcoin was able to breach resistance at a descending trend line at $38,000 that suppressed the market since the mid-May market capitulation. Previously, BTC attempted to break this trendline three times and failed to do so.

Key Levels to Watch For?

The RSI is now cleanly above the midline for the first time since May 10th – before the market capitulation. This indicates that the bulls are in the middle of regaining the market momentum. However, the 4-hour cahrt’s RSI shows that the market might be overbought and might lead to a short-term retracement.

Bitcoin’s mempool has seen a major reset this month, which means transactions are currently extremely cheap versus expected processing time. Not only is this a “great time” to reorganize and consolidate one’s BTC wallets, as mempool is now back where it was before Bitcoin began its parabolic rise in late 2020. 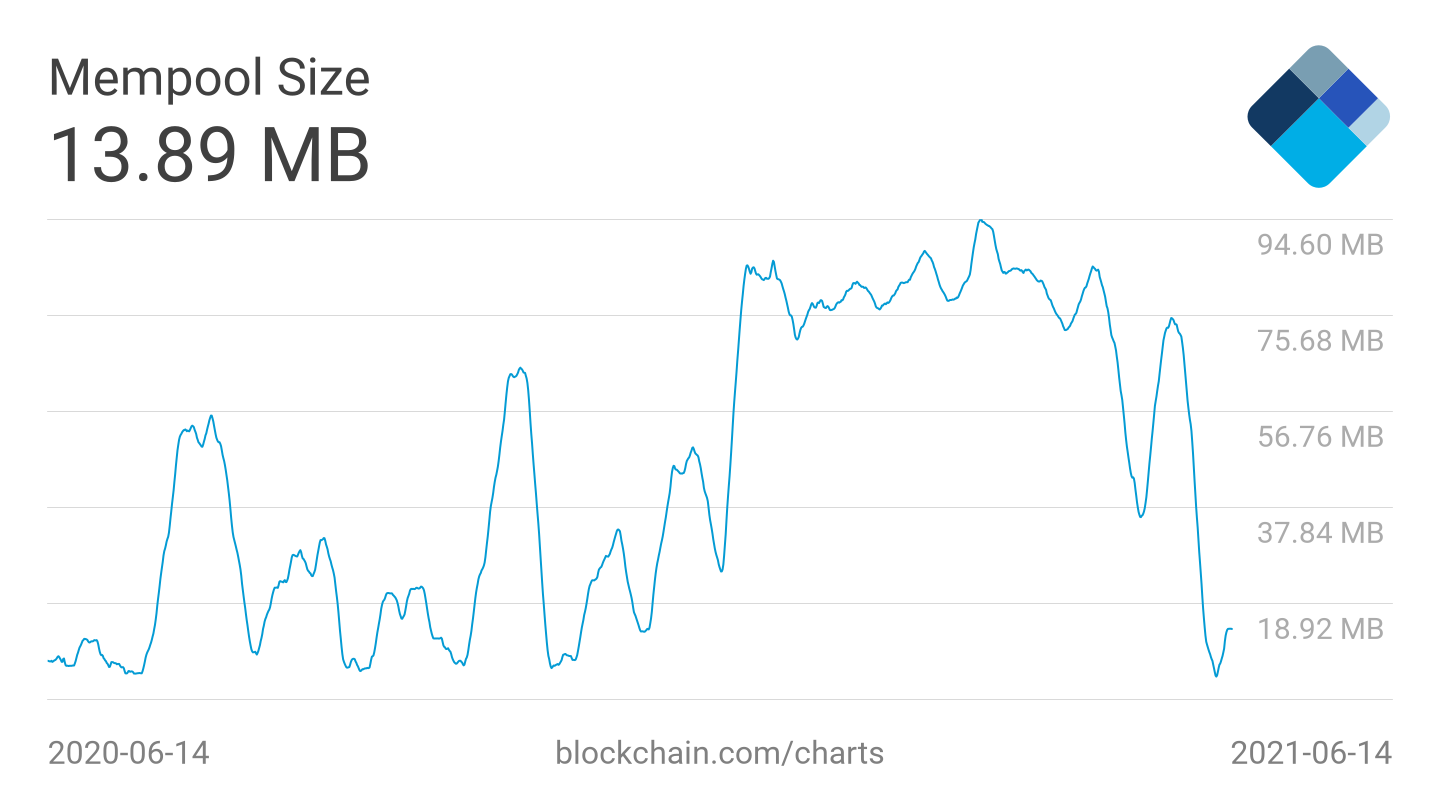 According to monitoring resources, Bitcoin’s hash rate is shrinking, with 10 exahashes per second (EH/s) wiped off in recent days.

Since the hash rate is an estimate, different sources have different numbers, with the current 113 EH/s representing roughly two-thirds of this year’s 168 EH/s all-time high. 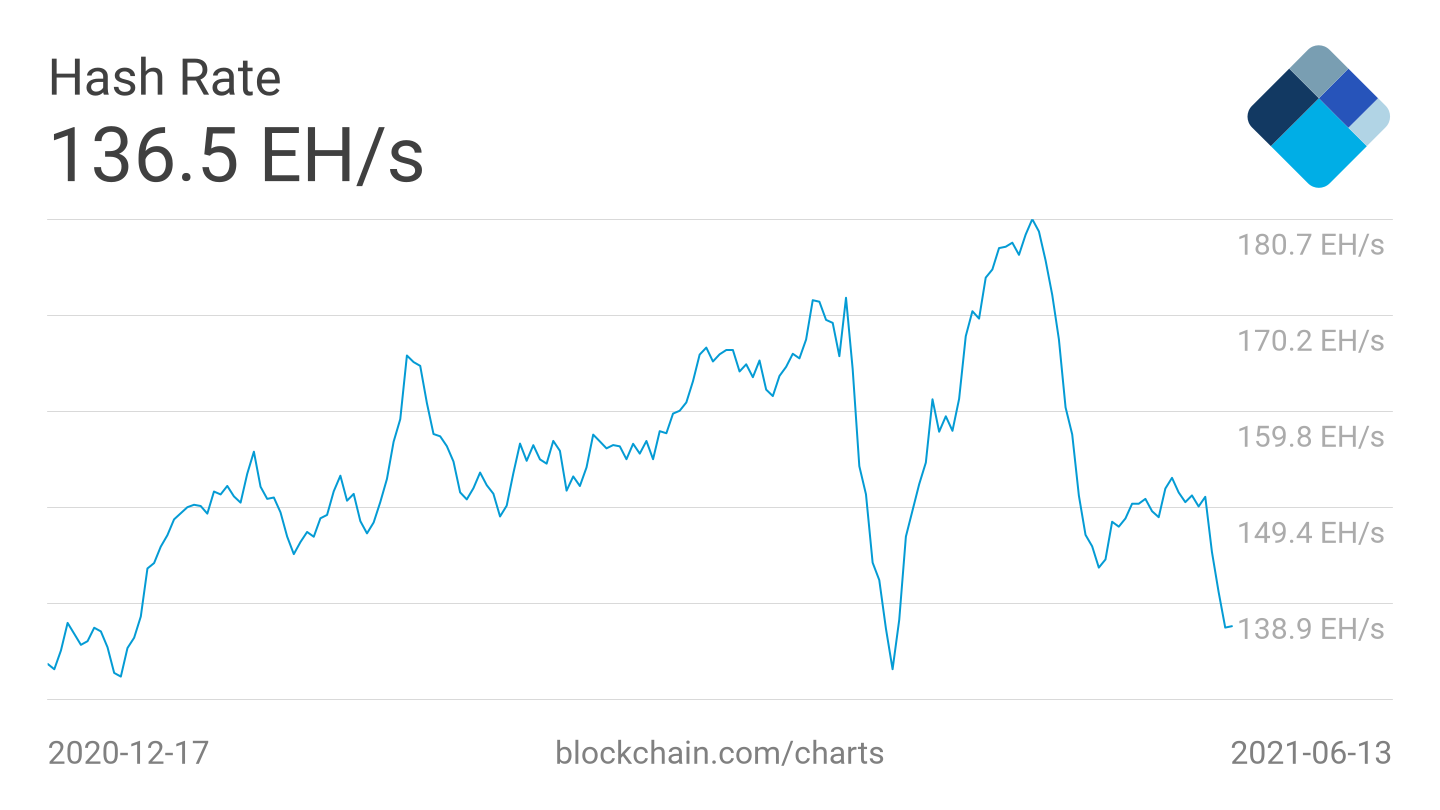