Bitcoin plunges below 30k as China cracks down on mining rigs

Bitcoin (BTC) crashed 7.38% to a five-month low of $29k as the market feared another sell-off, incited by miners hurt by a recent crackdown against cryptocurrency in China. On the other hand, many investors outside of China have long been concerned about the control that China may have over Bitcoin, with respect to mining, usage and the ulterior motive of undermining the USD. All of those issues seem to have quickly dissipated, which may allow for a richer involvement in bitcoin by the rest of the world.

On June 21, The People's Bank of China summoned multiple regional institutions — including the Agricultural Bank of China, China Construction Bank, Industrial and Commercial Bank of China, and Jack Ma's payment platform, Alipay — on curbing Bitcoin- and other cryptocurrency-related activities, including mining.

The Sichuan province, a hydropower-rich region in Southwest China, ordered its 26 largest crypto mining farms to stop operating, Chinese media reported on June 18. The province had been contributing 75% of the total global hashing power required to run the Bitcoin blockchain network.

A recent report published by Glassnode noted that many miners are in the process of either shutting down or migrating their hashing power outside of China to comply with the mining ban. The estimated mean hash rate (the seven-day moving average) has declined from circa 155 exahashes per second to around 125 EH/s in the two weeks since the latest round of FUD (fear, uncertainty and doubt) from China. 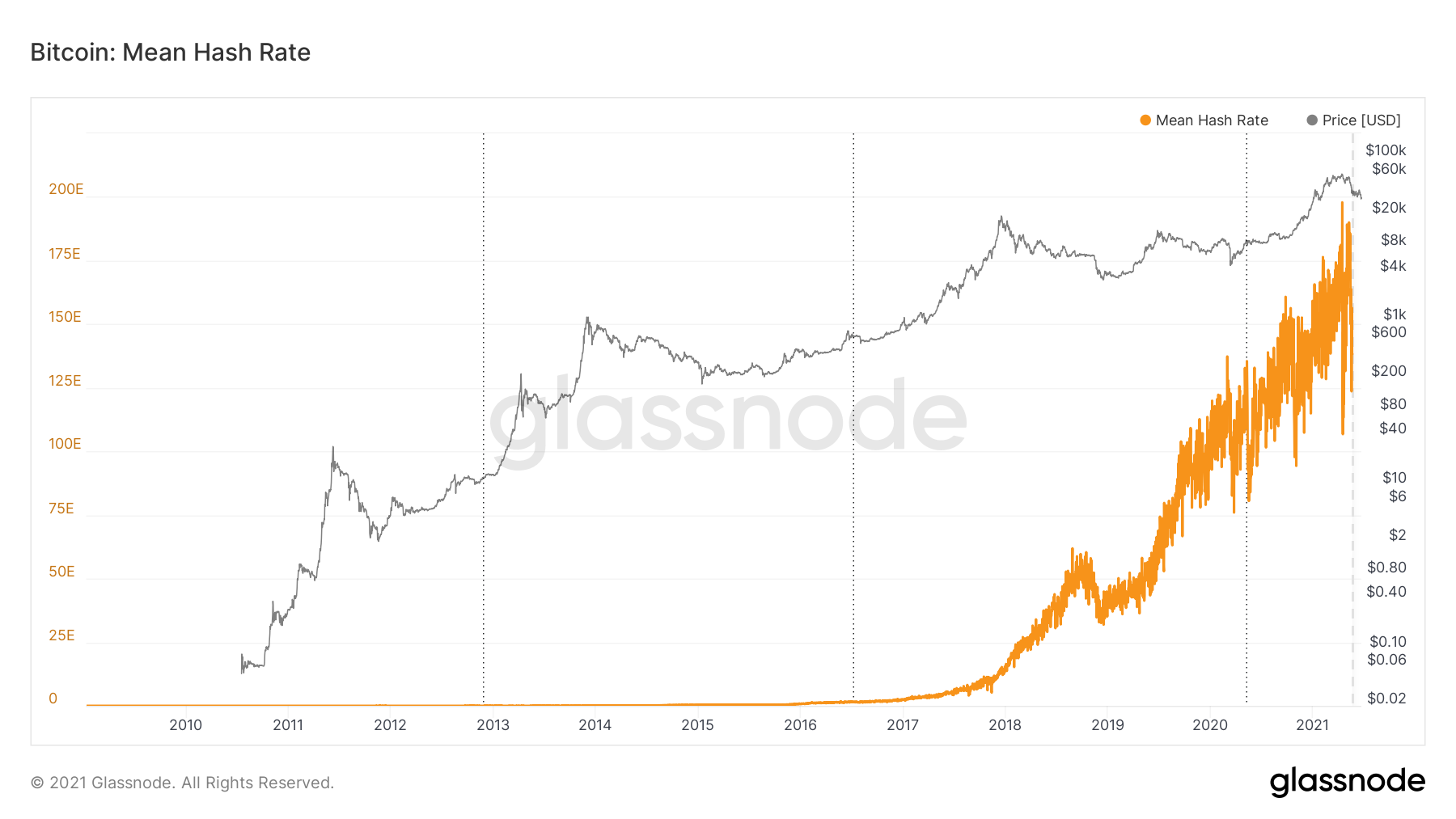 As a result, the Chinese mining industry would likely liquidate a portion of its Bitcoin holdings when relocating farms abroad or selling hardware. Those sell-offs might reflect "miners hedging risk" and "obtaining capital to facilitate and fund logistics." Meanwhile, for some miners, it may be a general exit from the industry entirely.

Recent on-chain trends have shown a spike in miners' BTC distribution and a decline in accumulation. For example, the miner net position change metric, which tracks the transactional flow of Bitcoin mining pools, showed miners distributing BTC at a rate of $4,000 to $5,000 per month over the period in which the hash rate fell 16%.

Miner selling off bitcoin is not necessarily a bad thing, as long as the market absorbs the selling pressure. During the first quarter of 2021, bids for BTC/USD rose from as low as $28,700 to $61,788 even as miners sold their Bitcoin holdings en masse. The continuous accumulation of Bitcoin by institutional investors, particularly MicroStrategy, is based on a very deep conviction of the potential future upside beyond this current correction.