Is Ripple behind defaming Bitcoin on excessive energy use?

Over the past couple of years, Ripple CEO Brad Garlinghouse has often criticized Bitcoin’s extensive energy consumption and transaction costs. In one tweet:

Ripple executive Chris Larsen has often criticized BTC’s PoW consensus. In a recent interview, he also suggested that SEC would focus on “green currencies,” with a Ripple Insights report going on to assert that,

“The power needed to mine and validate BTC transactions leaves an enormous carbon footprint, compared to the modest amount of energy consumed by XRP transactions. That must matter from a policy perspective.”

Sometime in April, Garlinghouse published a series of tweets to work for making the entire crypto-space as sustainable as possible in order to change Musk, Gates, and others’ opinion. He had said,

“We have the tools to make crypto 100% renewable AND reach its full potential. Let’s focus on the solutions to change the opinion of Janet Yellen, Bill Gates, and countless others who have pointed out concerns about energy usage instead of accusing me of FUD.”

What’s even more interesting is the fact that he publicly claimed that he actually owned Bitcoin.

“I just think there’ll be different use cases for different things. I actually own bitcoin, so I’m long Bitcoin.”

In a recent tweet, the Founder and CEO of the Digital Currency Group, Barry Silbert, posed the question:

“What if there was one company that was behind most of the Bitcoin energy usage FUD? Now THAT would make for a sensational story for somebody to write…”

The CSO of Coinshares responded: 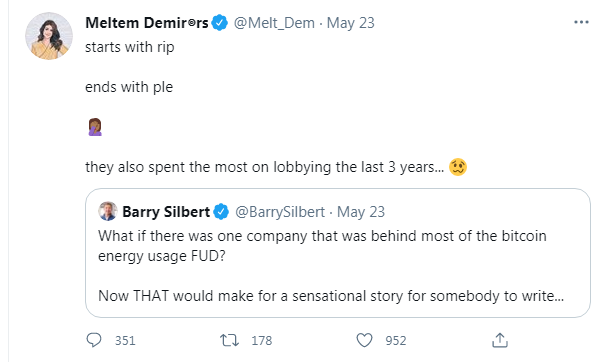 According to CoinShares’ Meltem Demirors, Ripple has been a major catalyst behind the now-widespread Bitcoin counterpart narrative that relies on the cryptocurrency’s heavy use of electricity and environmental costs.

In doing so, Demirors also pointed out the firm’s heavy lobbying activities over the past few years.

Ripple, a recent signatory to the Crypto Climate accord (CCA), has indeed invested heavily in the same, with reports suggesting that its lobbying charges amounted to $690,000 in 2020. Although, some on Twitter were quick to point out that such expenditure wasn’t able to save the firm from being charged by the United States Securities and Exchange Commission.

The Bitcoin market hasn’t been a bloodbath of late. The top cryptocurrency seems to be struggling to beat back the bears as price takes a hit after another.

Notably, this crisis started when Tesla’s Elon Musk launched an attack on BTC on account of the network’s massive power consumption. Elon’s company went on to announce that it will no longer be accepting Bitcoin payments for its electric vehicles.

Judging from the current market situation, it’s pretty clear that a campaign against Bitcoin is a movement against the entire crypto market. Just a few days ago when Bitcoin was doing great, the crypto market in its entirety was doing good as well.

Now, with Bitcoin’s price plummeting from the highs of over $60k to the lows of the $30k range, much of the market has taken quite a hit as well.

This event had catastrophic effects on the market, especially given that Tesla had become one of the most influential Bitcoin whales. 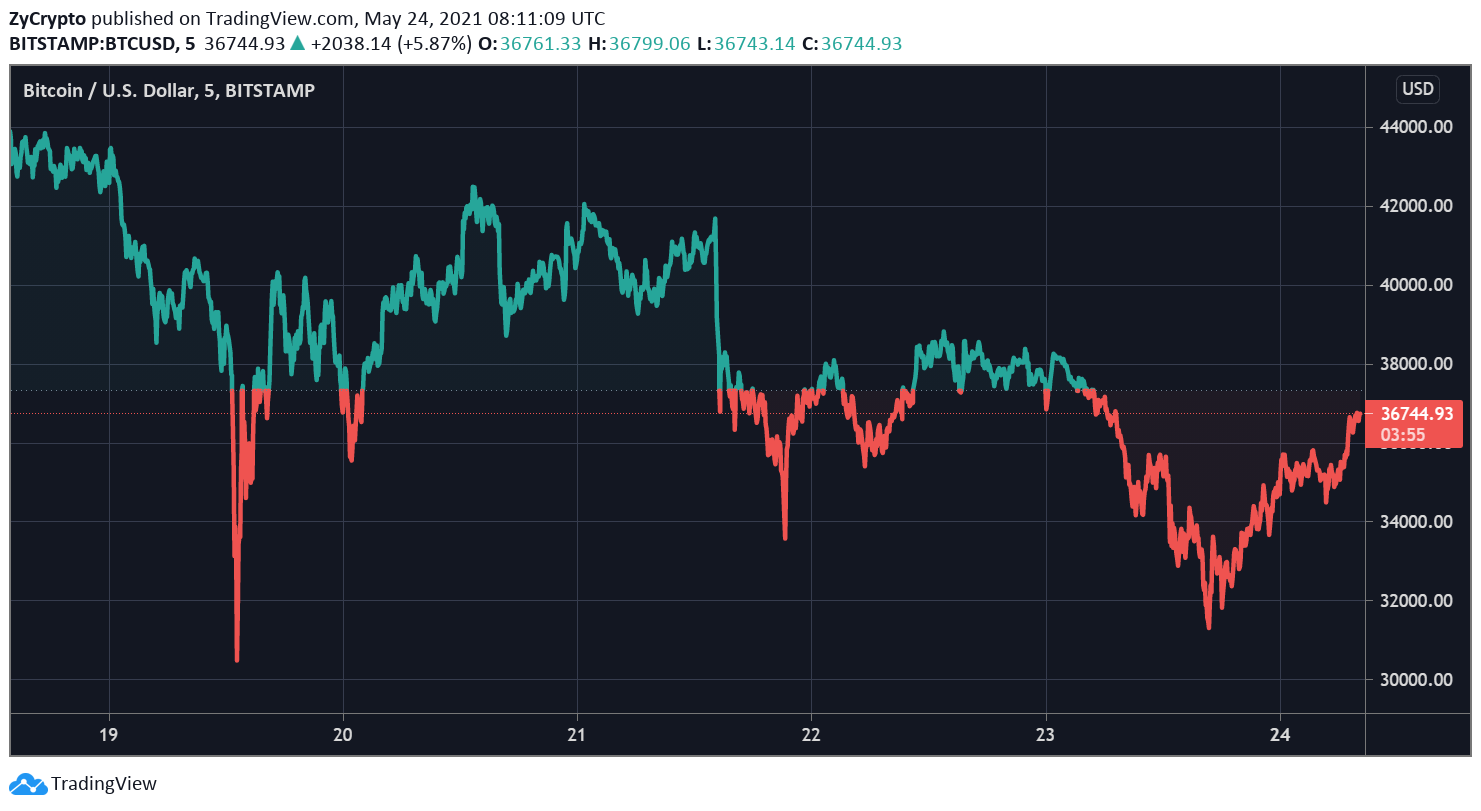 Ethereum alone has lost over 43% of its value over the last 7 days. It’s not yet clear how much this FUD will affect Bitcoin and if it will mount a recovery after the bad experience is over. 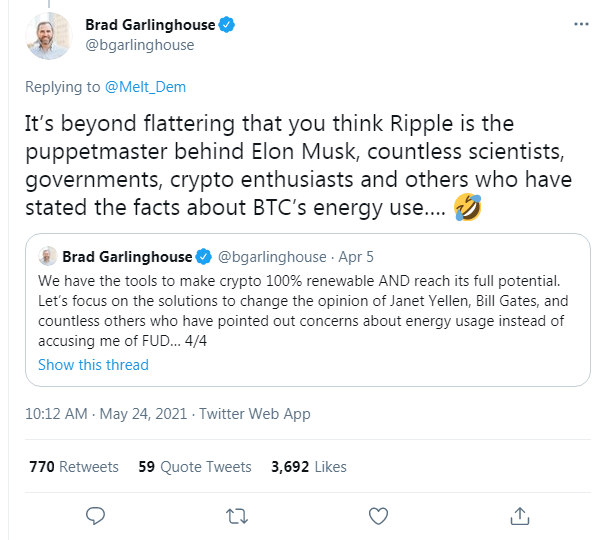