What is the Market Sentiment on Bitcoin?

Quite recently, Bitcoin as well as the cryptocurrency markets in general, saw a downtick primarily due to a combination of three events: news about China’s reported crackdown on digital assets, Elon Musk’s heel turn on Bitcoin, and Tax Day in the US, which the government delayed until May this year in response to Covid-19 pandemic. However current metrics indicate the markets have “seen the most of this panic” and won’t go lower.

Bitcoin is currently trading 36% below its 11-year exponential trend. Bitcoin has only spent 20.30% of its history as far under trend valuation. 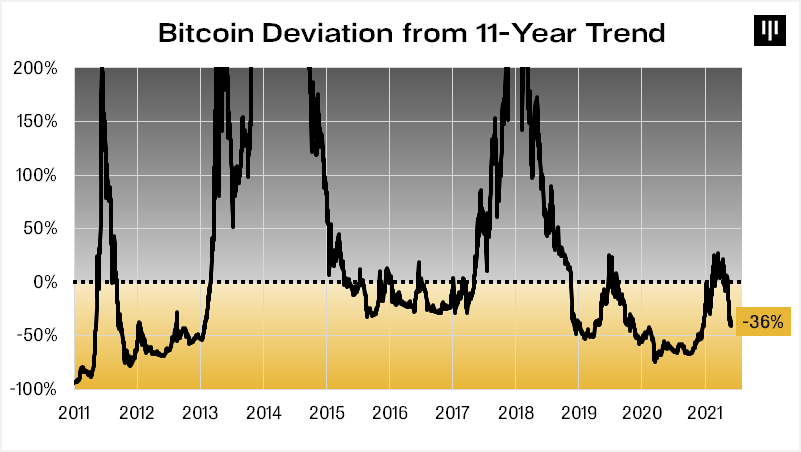 The year-on-year return never went literally off-the-chart like in past peaks. It’s currently trading at 281% year-on-year – which seems entirely plausible given the money printing that has occurred in that period. 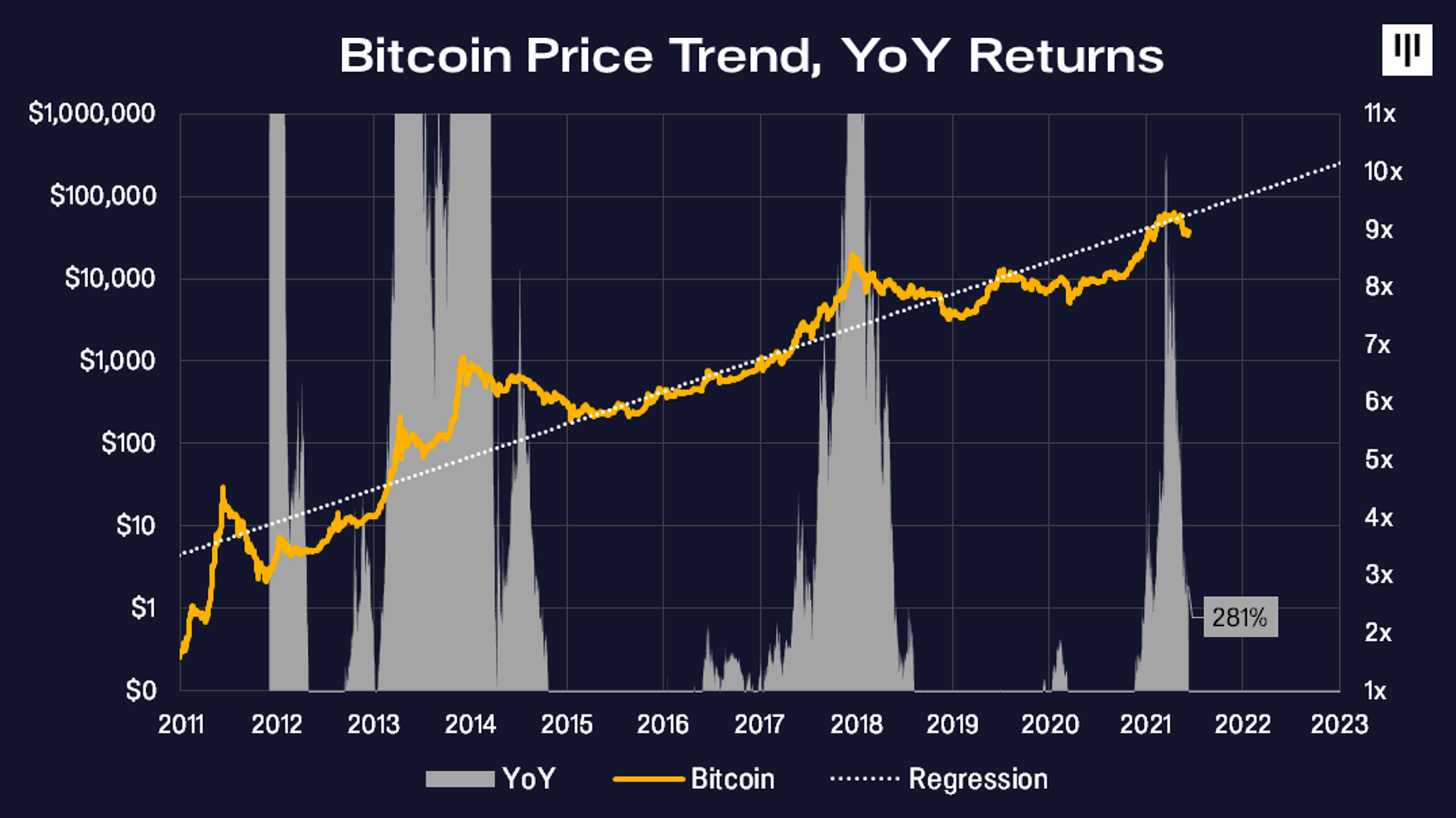 The stock-to-flow model, which had previously accurately predicted Bitcoin’s price since the year began is now pointing at a price mark of nearly half a million dollars by the year 2022.

By the end of the year, Bitcoin is also poised to surge well over $100,000 according to the same data. Interestingly, the Bitcoin S2F model and On-chain data have followed the same pattern, as they imitate each other in terms of price movement. The data also seems to imitate the 2013 bull run. 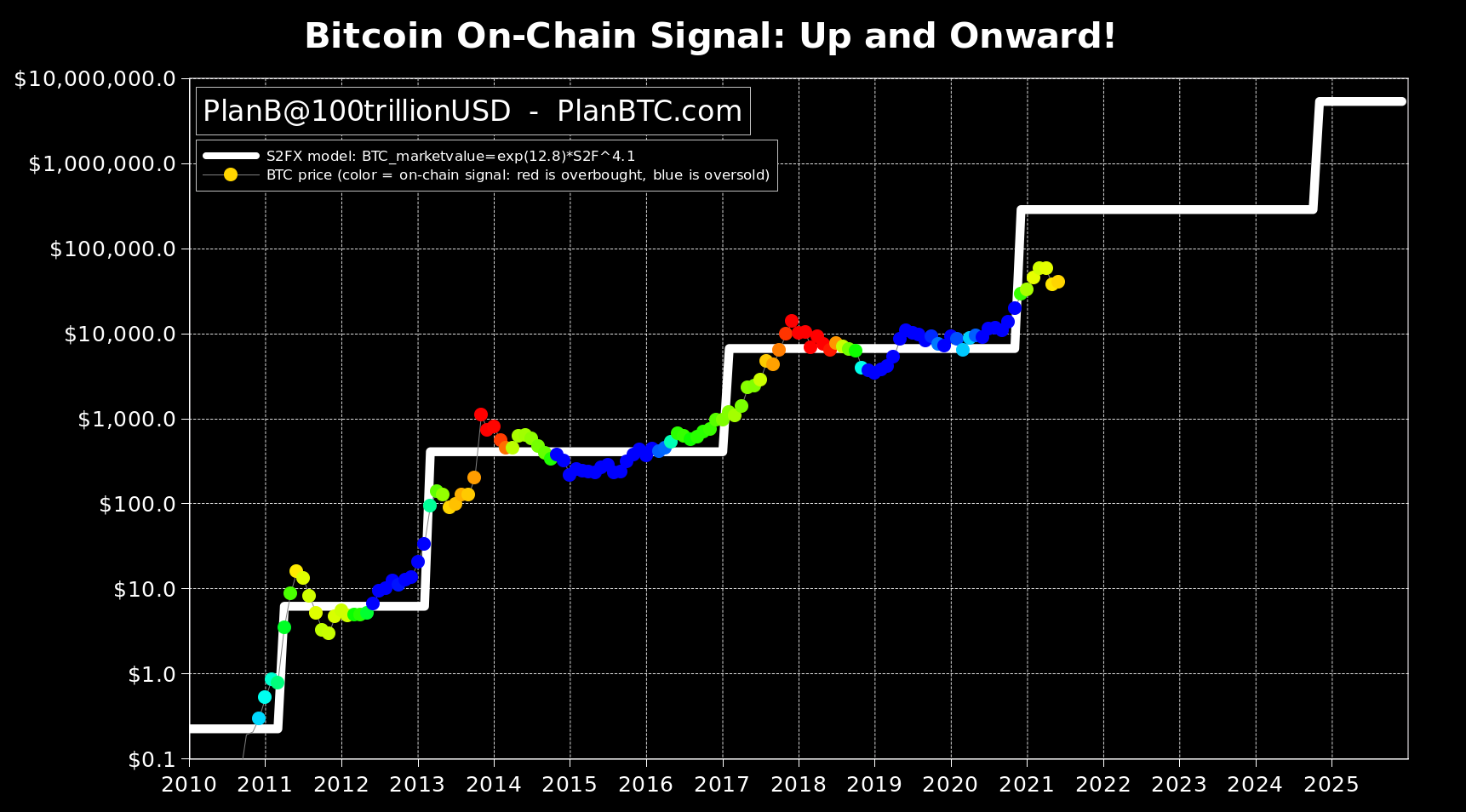 Cryptocurrency trader and analyst Rekt Capital has asserted that at the later part of July, the market may follow the death cross indicator —which is usually a period of time when the 50 day moving average drops below the 200-day moving average—forcing Bitcoin to enter into a bear market as it did back in 2018. 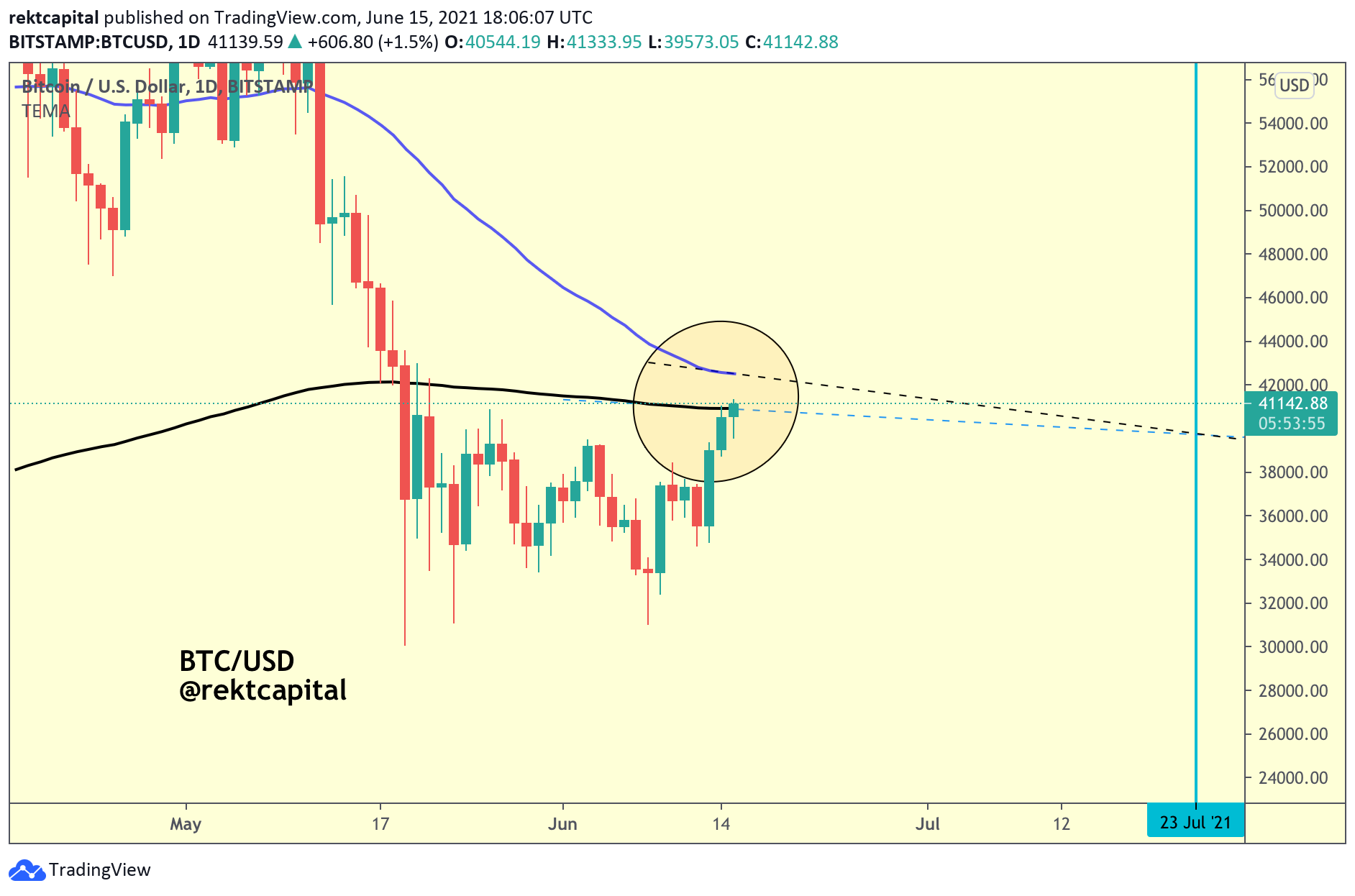 Bitcoin recently hit $40,000, a price mark that analysts’ predicted was inevitable at this time, courtesy of the recent short squeezes and liquidations, and Bitcoin has seen a dramatic upsurge following the bear market. The price move is classified as dramatic by many, not because it implies a major upswing in price, but because in comparison to many other Cryptocurrencies, the upside correction for Bitcoin happened more swiftly.

Maintaining the new price level is now the next hurdle for the flagship cryptocurrency, which at this time, is only struggling to remain at the aforementioned price mark. A possible downward movement could take place at any moment, this could dwindle bitcoin’s pace much further.